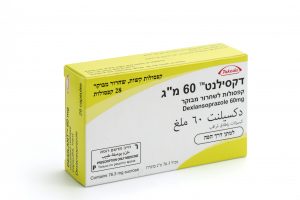 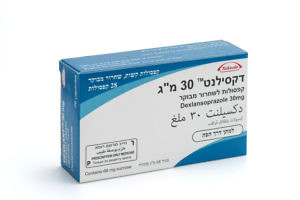 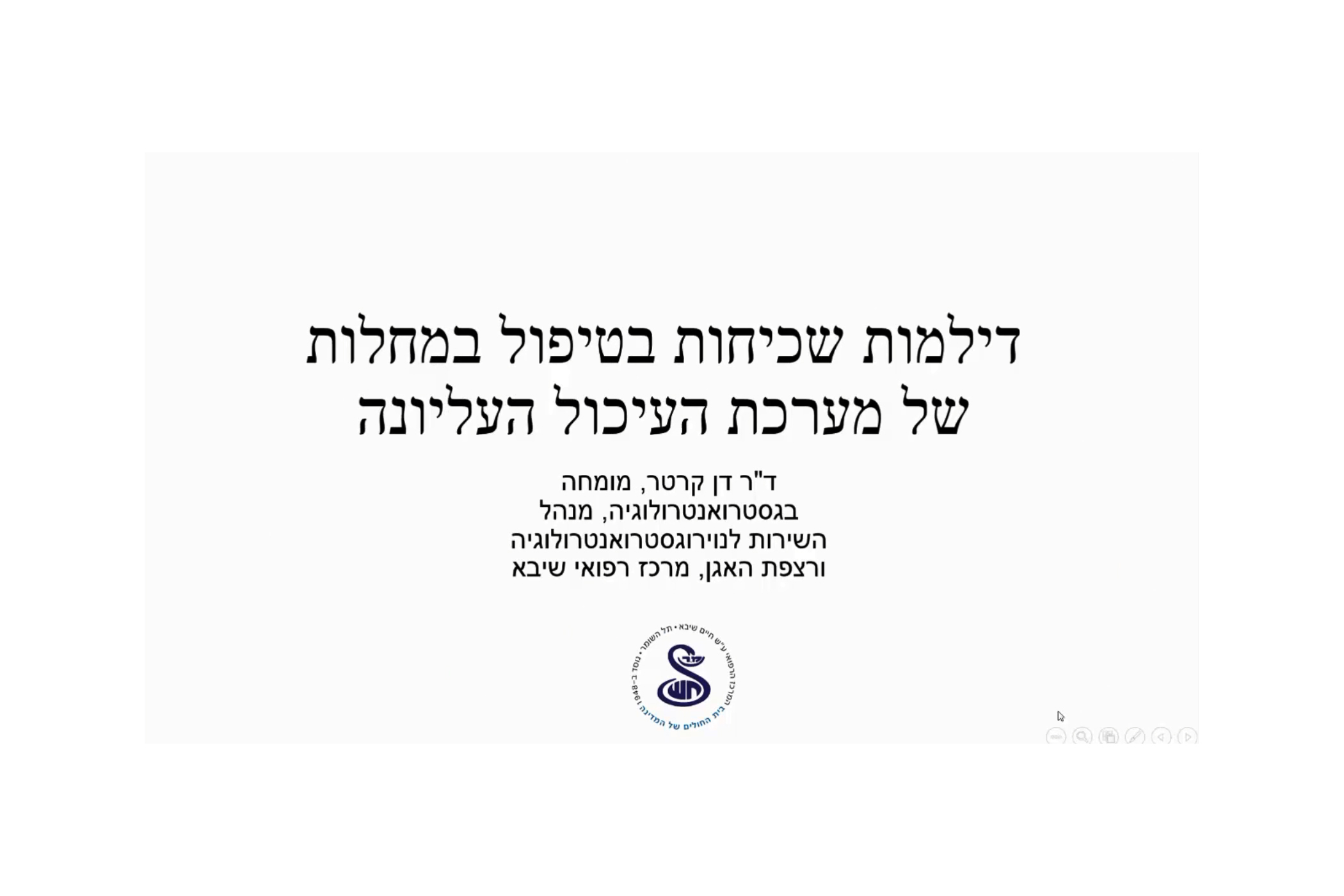 Treatment of erosive reflux oesophagitis: One 60 mg capsule once daily for up to 8 weeks.
Maintenance of healed erosive reflux oesophagitis and maintenance of relief of heartburn: One 30 mg capsule once daily*.
Symptomatic non-erosive gastro-esophageal reflux disease (GORD): One 30 mg capsule once daily for 4 weeks.
*Controlled studies did not extend beyond 6 months in adults and 16 weeks in patients 12 to 17 years of age.
Dosage Adjustment in patients with Hepatic Impairment
For the treatment of erosive reflux oesophagitis: For patients with moderate hepatic impairment (Child-Pugh Class B), the recommended dosage is 30 mg DEXILANT once daily for up to eight weeks.
DEXILANT is not recommended in patients with severe hepatic impairment (ChildPugh Class C).
Important Administration Information
Missed doses: If a dose is missed, administer as soon as possible. However, if the next scheduled dose is due, do not take the missed dose, and take the next dose on time. Do not take two doses at one time to make up for a missed dose. Take without regard to food. Swallow whole. Do not chew.
For patients who have trouble swallowing capsules: The capsules can be opened and administered with applesauce as follows:
1. Place one tablespoonful of applesauce into a clean container.
2. Open capsule.
3. Sprinkle intact granules on applesauce.
4. Swallow applesauce and granules immediately. Do not chew granules. Do not save the applesauce and granules for later use.

Patients with known hypersensitivity to active substance or to any component of the formulation. Acute interstitial nephritis (AIN) has been reported with other proton pump inhibitors (PPIs), including lansoprazole of which dexlansoprazole is the R-enantiomer. Concomitant use with  rilpivirine-containing products.

Presence of Gastric Malignancy: In adults, symptomatic response to therapy with dexlansoprazole does not preclude the presence of gastric malignancy. Consider additional follow-up and diagnostic testing in adult patients who have a suboptimal response or an early symptomatic relapse after completing treatment with a PPI. In older patients, also consider an endoscopy.
Acute Interstitial Nephritis: Acute interstitial nephritis has been observed in patients taking PPIs including lansoprazole. Acute interstitial nephritis may occur at any point during PPI therapy and is generally attributed to an idiopathic hypersensitivity reaction. Discontinue dexlansoprazole if acute interstitial nephritis develops [see Contraindications].
Clostridium difficile Associated Diarrhea: Published observational studies suggest that PPI therapy like dexlansoprazole may be associated with an increased risk of Clostridium difficile associated diarrhea, especially in hospitalized patients. This diagnosis should be considered for diarrhea that does not improve [see Side Effects]. Patients should use the lowest dose and shortest duration of PPI therapy appropriate to the condition being treated.
Bone Fracture: Several published observational studies suggest that PPI therapy may be associated with an increased risk for osteoporosis-related fractures of the hip, wrist or spine. The risk of fracture was increased in patients who received high-dose, defined as multiple daily doses, and long-term PPI therapy (a year or longer). Patients should use the lowest dose and shortest duration of PPI therapy appropriate to the conditions being treated. Patients at risk for osteoporosis-related fractures should be managed according to established treatment guidelines [see Dosage, Side Effects].
Cutaneous and Systemic Lupus Erythematosus: Cutaneous lupus erythematosus (CLE) and systemic lupus erythematosus (SLE) have been reported in patients taking PPIs. These events have occurred as both new onset and an exacerbation of existing autoimmune disease. The majority of PPI-induced lupus erythematosus cases were CLE. The most common form of CLE reported in patients treated with PPIs was subacute CLE (SCLE) and occurred within weeks to years after continuous drug therapy in patients ranging from infants to the elderly. Generally, histological findings were observed without organ involvement. Systemic lupus erythematosus (SLE) is less commonly reported than CLE in patients receiving PPIs. PPI associated SLE is usually milder than non-drug induced SLE. Onset of SLE typically occurred within days to years after initiating treatment primarily in patients ranging from young adults to the elderly. The majority of patients presented with rash; however, arthralgia and cytopenia were also reported. Avoid administration of PPIs for longer than medically indicated. If signs or symptoms consistent with CLE or SLE are noted in patients receiving dexlansoprazole, discontinue the drug and refer the patient to the appropriate specialist for evaluation. Most patients improve with discontinuation of the PPI alone in four to 12 weeks. Serological testing (e.g., ANA) may be positive and elevated serological test results may take longer to resolve than clinical manifestations.
Cyanocobalamin (Vitamin B-12) Deficiency: Daily treatment with any acid-suppressing medications over a long period of time (e.g., longer than three years) may lead to malabsorption of cyanocobalamin (Vitamin B-12) caused by hypo- or achlorhydria. Rare reports of cyanocobalamin deficiency occurring with acid-suppressing therapy have been reported in the literature. This diagnosis should be considered if clinical symptoms consistent with cyanocobalamin deficiency are observed in patients treated with dexlansoprazole.
Hypomagnesemia: Hypomagnesemia, symptomatic and asymptomatic, has been reported rarely in patients treated with PPIs for at least three months, in most cases after a year of therapy. Serious adverse events include tetany, arrhythmias, and seizures. In most patients, treatment of hypomagnesemia required magnesium replacement and discontinuation of the PPI. For patients expected to be on prolonged treatment or who take PPIs with medications such as digoxin or drugs that may cause hypomagnesemia (e.g., diuretics), health care professionals may consider monitoring magnesium levels prior to initiation of PPI treatment and periodically [see Side Effects].
Interactions with Investigations for Neuroendocrine Tumors: Serum chromogranin A (CgA) levels increase secondary to drug-induced decreases in gastric acidity. The increased CgA level may cause false positive results in diagnostic investigations for neuroendocrine tumors. Healthcare providers should temporarily stop dexlansoprazole treatment at least 14 days before assessing CgA levels and consider repeating the test if initial CgA levels are high. If serial tests are performed (e.g. for monitoring), the same commercial laboratory should be used for testing, as reference ranges between tests may vary.
Interaction with Methotrexate: Literature suggests that concomitant use of PPIs with methotrexate (primarily at high dose) may elevate and prolong serum levels of methotrexate and/or its metabolite, possibly leading to methotrexate toxicities. In high-dose methotrexate administration, a temporary withdrawal of the PPI may be considered in some patients.
Fundic Gland Polyps: PPI use is associated with an increased risk of fundic gland polyps that increases with long-term use, especially beyond one year. Most PPI users who developed fundic gland polyps were asymptomatic and fundic gland polyps were identified incidentally on endoscopy. Use the shortest duration of PPI therapy appropriate to the condition being treated.